Blog » Climbing » Community » Locked Out and Loathing in Margalef 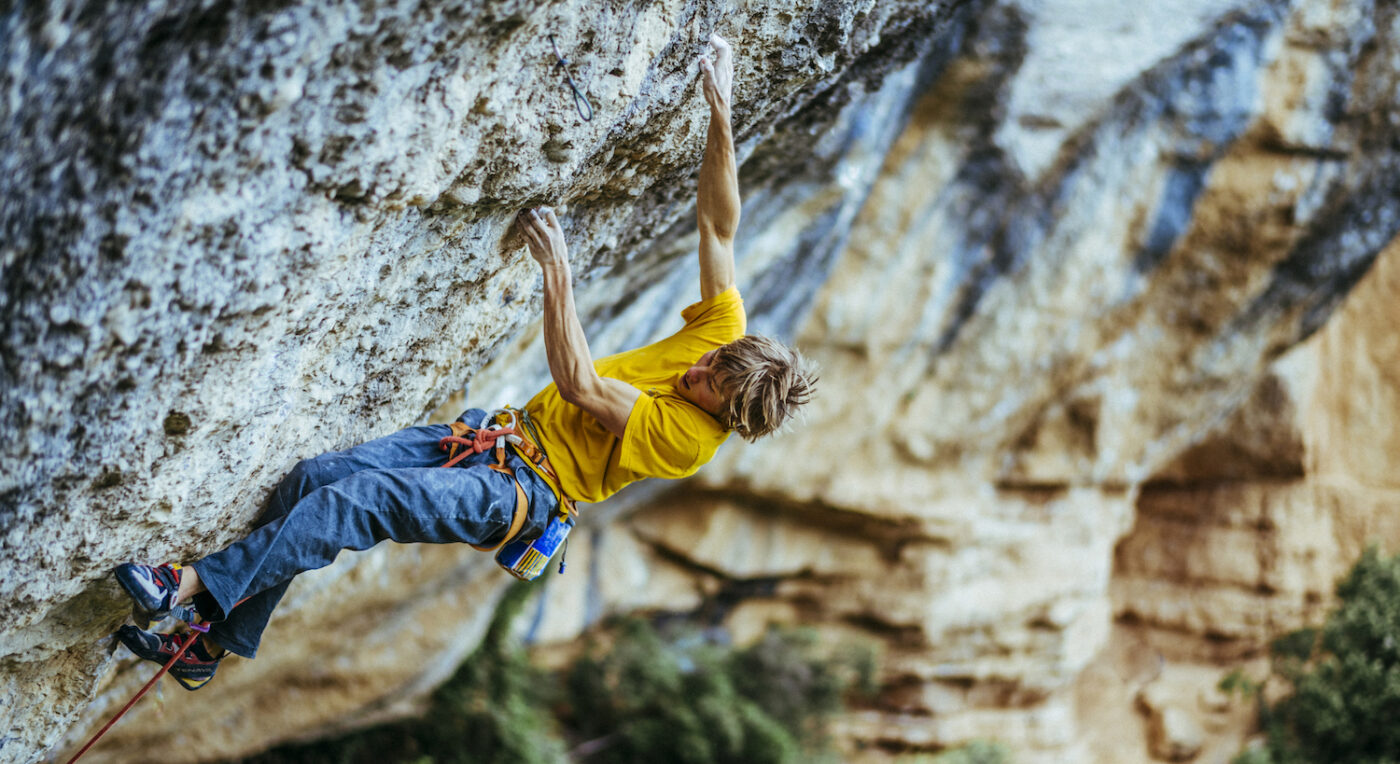 At first, this might sound like one of those boring trips, the type where someone goes somewhere, climbs something hard, and that’s it. And this trip totally could have been one of those, but this time it was not as expected.

The photographer Ken Etzel and I started off by borrowing a van from a rental company. Our first stop was Meiringen, Switzerland for the first bouldering world cup of the season. With a 35th place in the competition, my psych was high for our next stop, Spain. Already on my second day at Margalef, I tried Perfecto Mundo to check out the moves to see whether it would be possible or not. On the third day, however, we decided to leave the van in Margalef, and drive Ken’s rental car to Barcelona for a training day and an event at Chris Sharma’s gym.

On the way, we made a fateful pit stop at the supermarket. While Ken and I were distracted by his camera, geeking out about a cool picture he took of me climbing the outside of the building to a height of about 15 meters (50 feet), we didn’t realize the car was broken into, and my climbing pack and camera gear were stolen. Apart from the annoying formalities, like the usual visit to the police station in a foreign country, I was now stuck in Spain without climbing gear, and without camera gear, too. Off to a good start.

What I didn’t realize straight away, though, was together with my climbing pack, not only my climbing stuff was gone, but the keys to the van, as well. Thankfully, I still had a pair of climbing shoes, Ken had another rope, and Chris gave me a harness and a chalk bag, which meant I could still climb the next day. But that didn’t solve the problem of being able to get into the van to access more quickdraws, ropes, climbing shoes, and all my other stuff!

Obviously, the German in me already had the perfect plan. I would just ask the guy from the van company to mail a spare key to Spain. Boom. It would have worked out just fine had the key arrived at my friend’s place in Montblanc, Montsant, but instead it ended up at Mont Blanc, France.

Every day on the way to the crag, we passed the van, which was parked right in the middle of Margalef. We could see all of our stuff inside, but couldn’t open the doors. After about 10 days, the second spare key finally arrived. By now I was giving the route proper tries, and I gave myself a decent chance of climbing it. That’s when the mental part of the game begins, though. When you know you can send a route, it only comes down to keeping it together and finally climbing it.

Then came the sleepless night where I knew exactly that I’ve got all the sections dialed, and can actually climb the route. It only comes down to having the perfect try. That’s a crucial and intimidating moment of any trip. You know everything you’ve worked toward over the last days or weeks or months will come down to this one, final attempt. Thankfully, everything worked out the next day, and I climbed Perfecto Mundo on my first try of the day.

So in the end, was it just one of those boring sport climbing trips where someone climbed something hard and went back home again? Maybe it was annoying to get my camera and climbing gear stolen (not to forget my great shorts). But it was definitely not a boring trip. It was for sure one of the most memorable sport climbing trips I’ve ever had. It was an eye opener for me into the world of projecting and hard climbing. And it made me realize that I definitely haven’t reached my limit yet. I’m looking forward to more.

1 thought on “Locked Out and Loathing in Margalef”